It is a first thought that comes to mind of travelers when ever they think to repose for a while and forage for a place where they get the best hospitality, beaches, respite spots. Dubai is indeed now a prevalent expat location for travelers from both the Eastern and Western hemispheres. A fraction of people thinks of Istanbul as a destination for new adventures. Part of the reason for this is that, while expats in Dubai can survive without having zero knowledge of the language that is Arabic but certainly, that’s not possible in  Turkey, you need to know advance basic language in order to survive.

While interpreters are plentiful, and expats can also choose to rely on close or trusted Turkish-speaking friends, having to communicate through a third party can be stressful at times.

Istanbul, like Dubai, has much to offer expats who choose to live there. Split by the Bosphorus Strait, Istanbul is a modern, culture-rich city with one foot in Europe and the other in Asia. Bridging East and West, the city dazzles with local markets, ancient palaces, and minarets coexisting with modern art and entertainment. 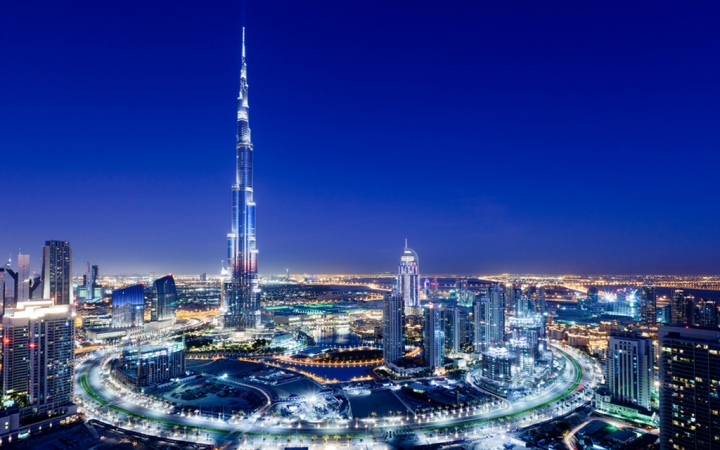 The capital of three successive empires, Istanbul has seen an influx of colonizers, settlers, merchants, conquerors, and migrant communities, all that have left a mark to make this amazing city an irresistible draw for those looking for a life filled with new and exciting adventures.

Below we compare life in Dubai with that in Istanbul, looking at various aspects of living in both metropolises that can influence a decision to move to either city.

Istanbul is not only the cultural hub of Turkey but also boasts an impressive heritage. Dotted by picturesque landscapes and an abundance of historical sites and waterfronts, the capital is where most expats choose to live.

Its popularity has resulted in sky-rocketing rents and high utility costs. A night out on the town at an upscale restaurant can cause a big dent in the wallet. Notoriously high petrol prices make Istanbul’s well-connected public transport network an attractive and viable option.

Dubai is extremely costly even more than your imagination but a blessing in disguise is you can survive in a cheap way as well because no one is forcing you to be in a 5-star apartment.

For all other Dubai related details please inbox

While Dubai ranks 23rd on Mercer’s Cost of Living Survey for 2015, Istanbul comes in way below in 99th position. Turkey has yet to be admitted to the EU, and expats with foreign purchasing power are often able to live a very comfortable life, even in the relatively more populated and expensive regions of Istanbul.

Even those expats who earn in Turkish Lira are still able to afford the odd luxury. Like in most large cities, the cost of living is a direct result of lifestyle choices and location.

As in Dubai, Istanbul’s local population is largely Muslim, and hence it comes as no surprise that men and women lead very different lives from what one might be accustomed to back home.

A city of true contrasts, it is common to find the modern coexisting with the traditional in every aspect of Turkish life.

Horse-drawn carts still navigate their way through dense urban traffic; smart, modern business women in skirts sip away at their Starbucks coffee; while those that are more traditional can be seen wearing head-cover; and huge glass-fronted shopping malls coexist with wonderfully old bazaars displaying beautiful goods and wares.

Turkish people are fiercely proud of their culture steeped in its rich historic past. As in Dubai, it is against the law to insult anything to do with the country.

People are extremely friendly, and most Turkish people are very inquisitive about foreigners, so don’t be surprised if you are asked very personal questions about where you work, how much you earn or, more likely, whether you are married or not.

If you are a single man or woman living in Turkey, it is very common to be asked questions pertaining to your single status. Although Western expats might find this a bit intrusive, in Turkish culture it is a mere display of genuine interest.

In Turkey, the contrast between new and old is much more apparent than in Dubai, where most of the local population keep largely to themselves and do not exhibit outright curiosity about foreigners.

Most expats prefer to live in the European part of Istanbul, where the two most popular areas are Beyoglu and Sariyer, which have a number of foreign consulates, international schools, and hospitals.

The Asian part of Istanbul also has plenty of housing options and is generally cheaper. There are many suburbs and areas of Istanbul one can choose to live in, but the cost of accommodation will depend largely on the type of housing, quality of the property, location, and amenities included.

Parking is at a premium in Istanbul, so accommodation that includes parking is likely to be much costlier. There are many different types of accommodation in Istanbul: flats, apartments, houses, villas, and condominiums are all available.

Expats can opt to live in ‘Sites’, which are like housing estates offering accommodation to suit a wide variety of budgets.

Traffic congestion can be a nightmare in Istanbul, so bear in mind proximity to schools and work when hunting for a house. Leases in Istanbul are usually year-long, and expats are required to produce a number of documents, as well as a one-to-two month rental deposit.

Expats can negotiate with the landlord to include utilities such as gas, water, and electricity. Most landlords speak very little English and rental documents are typically in Turkish so it would be prudent to take along a trusted Turkish friend when signing.

Although Istanbul is one of the most expensive cities in Turkey to live in, it is cheap compared to Dubai, which is more than 50% more expensive.

Additionally, the medium of instruction in most local schools is Turkish. International schools offer a variety of field trips and activities that are aimed at helping international students learn about Turkish culture to help them better understand cultural and social norms.

Space at international schools is often very limited, so expats are encouraged to apply early to obtain a place in their school of choice.

By Turkish standards, international school fees can be exorbitant, with additional costs such as school uniforms, text books, transport, and extracurricular activities adding to the increasing costs. However, by Dubai standards, an education in Istanbul in a top international school would still be a lot cheaper than in Dubai, which ranks as the third most expensive country in the world for rising education costs.

Istanbul has both private as well as public hospitals and offers excellent medical care at a fraction of the cost that would be incurred in most European and American cities.

23 thoughts on “What makes Istanbul attractive to expats than Dubai?”