It’s happening, and fast: The era of the credit card, in which plastic is the standard form of payment, is coming to an end. But it isn’t being replaced by cash. Instead, it’s being replaced by a new system, one that involves digital money transfers through smartphones and other devices.

Now, before you mourn the loss of the old system, you have to admit there are some problems inherent to credit cards. The most glaring of these is that credit cards often aren’t 100 percent secure. Users face issues ranging from hackers and fraud to lost and stolen cards.

These digital peer-to-peer, or P2P, payments are becoming increasingly popular because they can eliminate high transactions fees and processing or service fees, all while remaining secure. The most widely used platform for peer-to-peer payments is , with more than active accounts worldwide. , an app that allows for instant P2P payments, is another popular platform, while services like and are also taking advantage of the convenience of P2P transactions.

This points to an important truth: Even for most online payments, cards simply aren’t necessary.

Because of these challenges and ever-emerging payment alternatives, more and more people are opting to avoid credit cards altogether. The burgeoning growth of card-less transactions is particularly important in light of recent findings from the Federal Deposit Insurance Corporation: In 2015, the FDIC found that a significant portion of American households, 24.5 million, are. Many people, whether because they want to or because they have no choice, don’t own a credit card or have a bank account

Amazon helped the revolution along considerably with its announcement of in April 2017. This shift lets customers fill up their Amazon balances using cash when they present an Amazon barcode to participating stores. Its introduction of the “add cash” option has made the buying process accessible to more than a quarter of its customers.

As Amazon has, customers no longer need a credit card to make purchases and can instead buy products using their Amazon Balance.

Another alternative to credit cards is already being used as a payment option by major players like. Topping up your PayTM wallet lets you use net-banking, a cordless option that makes your smartphone the only thing you need to get around for the day.

Also getting in on the trend are start-ups like, which helps travelers who want to exchange currency without the additional fees charged by banks and other companies. Customers can buy foreign currency directly from the app and withdraw their cash at the closest CashDash ATM.

“Smartphones are emerging as the most promising alternative to credit cards.”

The app is helpful for unbanked individuals as well.

The common theme here is that smartphones are emerging as the most promising alternative to credit cards. Since so many people already use smartphones for day-to-day payments like ordering food or hailing an Uber, ditching wallets altogether seems like the logical next step.

Another step towards a cardless society is the increasing popularity of cryptocurrency, which is also sometimes referred to as electronic currency and can be seen as an online version of cash. The first type of cryptocurrency is the widely popular but also controversial bitcoin, which started in 2009.

Bitcoins are essentially digital coins that people can buy and use to make and receive payments. Unlike credit cards, they have low transaction fees and don’t require sales tax. Also unlike credit cards, bitcoin lets users stay anonymous.

Should you keep your credit card?

With the rise of cryptocurrencies and our increasing ability to use our smartphone to pay for basic services, it’s clear that credit cards are going out of fashion.

It’s still too early to leave your credit card behind since it’ll take some time before cards phase out altogether. Nonetheless, it can’t hurt to start adapting to digital alternatives.

After all, for consumers, the motivation to ditch the card is simple: lower fees, improved convenience, and increased financial independence. 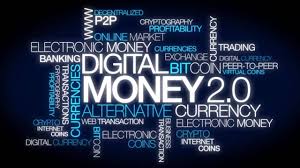 3 thoughts on “Credit cards age is ending soon. Will be replaced by peerless idea”