Today, it is a democracy that finds itself battered and weakened. A quarter-century ago, at the end of the Cold War, it appeared that totalitarianism had at last been vanquished and liberal democracy had won the great ideological battle of the 20th century.

The Freedom in the World 2018 index by the US government-funded non-governmental organization (NGO) Freedom House has found that in its own words:

Democracy is in crisis. The values it embodies—particularly the right to choose leaders in free and fair elections, freedom of the press, and the rule of law— are under assault and in retreat globally. 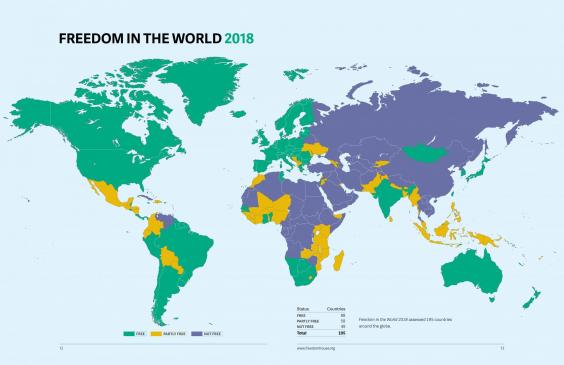 The report also criticised some nations for becoming increasingly authoritarian:

The retreat of democracies is troubling enough. Yet at the same time, the world’s leading autocracies, China and Russia, have seized the opportunity not only to step up internal repression but also to export their malign influence to other countries, which are increasingly copying their behavior and adopting their disdain for democracy. 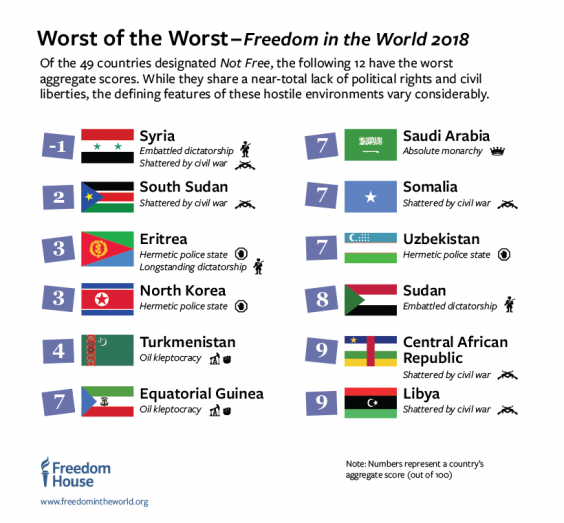 A confident Chinese president Xi Jinping recently proclaimed that China is ‘blazing a new trail’ for developing countries to follow. It is a path that includes politicized courts, intolerance for dissent, and predetermined elections 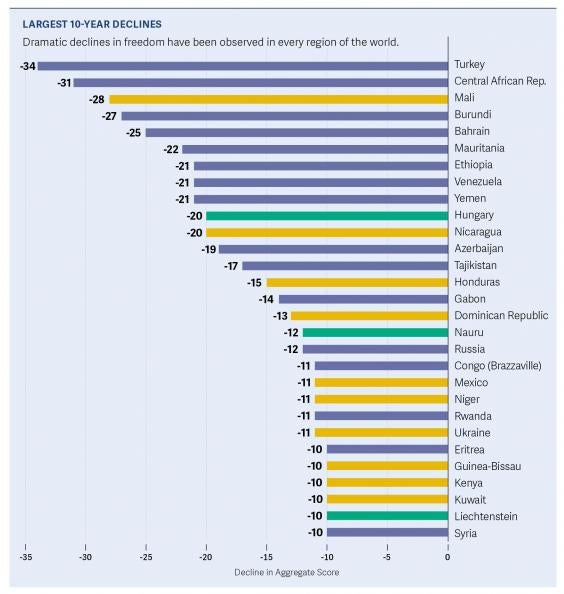 The Gambia’s status improved from Not Free to Partly Free, its political rights rating improved from 6 to 4, and its civil liberties rating improved from 6 to 5 due to the installation of newly elected president Adama Barrow into office in January and the holding of competitive legislative elections in April. Among other openings associated with the departure of former president Yahya Jammeh, exiled journalists and activists returned, political prisoners, were released, ministers declared their assets to an ombudsman, and the press union began work on media-sector reform.

The Freedom in the World report evaluates the state of freedom in 195 countries and 14 territories, assigning a score between 0 and 4 in a series of 25 indicators to give a final score of 100.

The methodology is derived from the Universal Declaration of Human Rights, regardless of geopolitical, geographic, ethnic or religious considerations.

One thought on “World’s most oppressed countries.”