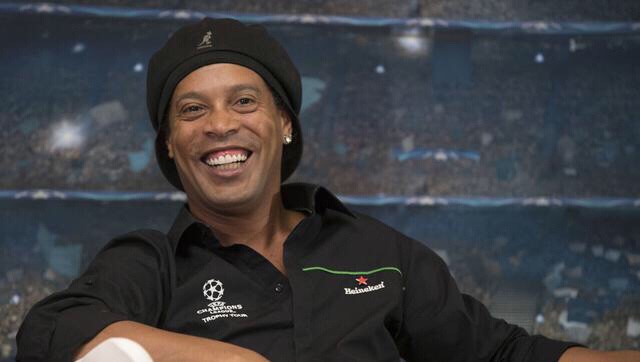 Who said chivalry was dead?

Ronaldinho is here to prove that love is in fact here to stay in 2018.

Why limit yourself to one wife when you can have two? Two times the love, two times the fun.

In August, Ronaldinho will officially tie the knot not once, but twice, as he gets married to his two fiances. At the same time. The legend, both on and off the field, has been living happily ever after together with both women since December.

To prove that he loves both women equally, Ronaldinho bought them identical engagement rings and the same exact bottle of perfume when they recently vacationed as a trio. If that’s not being a model gentleman and future husband I don’t know what is.

Try watching this video on www.youtube.com, or enable JavaScript if it is disabled in your browser.

The wedding will be a private ceremony, but stay tuned to his Instagram account for a look at what may be the most ridiculous relationship(s) in sports history.