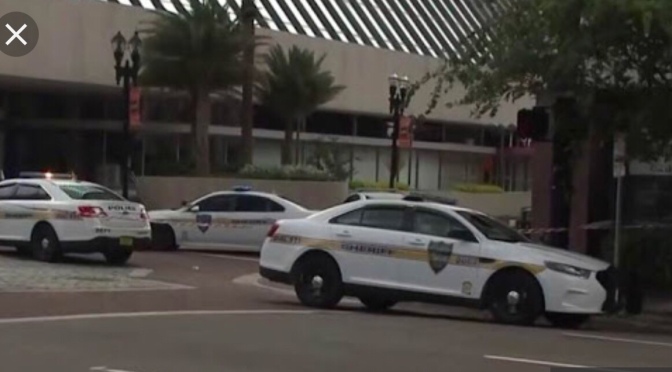 For live streaming please clink on the link

What we know now

• What happened: A shooting occurred during a Madden 19 Tournament in Jacksonville, Florida, according to the Twitter page of CompLexity Gaming, one of the gaming teams.

• The victims: The Jacksonville Sheriff’s Office says there are “multiple fatalities” at the scene.

• The suspect: “One suspect is dead at the scene,” the Jacksonville Sheriff’s Office tweeted.

Multiple people have been shot and killed at the live streaming of a new video game in Florida, police have said.

Gunfire was reported at the GLHF Game Bar in Jacksonville Landing in the centre of Jacksonville at around 2pm. Local media said as many as 11 people may have been hit 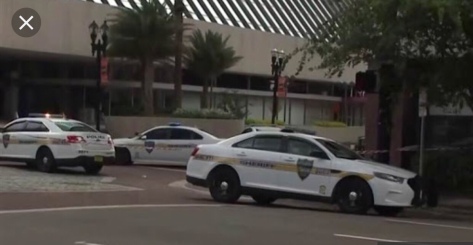 “Multiple fatalities at the scene, many transported,” the sheriff’s office later tweeted. “We can’t stress enough to stay away. Many blocks away.”

One suspect is dead at the scene, and it was unknown if there was a second shooter, the sheriff’s office said. A search was underway.

Authorities asked that people hiding in the area call 911 so police can get them out.

“We are finding many people hiding in locked areas at The Landing,” the sheriff’s office said. “We ask you to stay calm, stay where you are hiding. SWAT is doing a methodical search inside The Landing. We will get to you. Please don’t come running out.”

A live feed from the tournament was underway when the shooting took place, and the audio feed is interrupted by the sound of several gunshots.