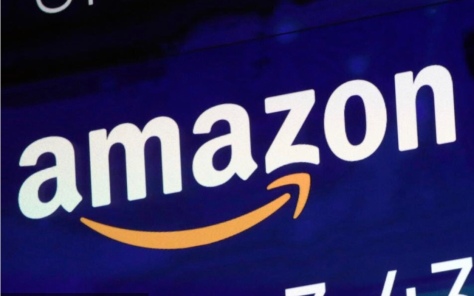 Amazon on Tuesday said it will double its minimum wage to an hour in the US, a response to mounting pressure over its wages and its treatment of warehouse workers.

“We listened to our critics, thought hard about what we wanted to do, and decided we want to lead,” Amazon founder and CEO Jeff Bezos said in a statement.

The new minimum wage will take effect Nov. 1 and apply to all full-time, part-time, seasonal and temporary employees, including those hired by agencies. The new wage will benefit more than 250,000 Amazon employees, plus over 100,000 seasonal employees who will be hired for the holidays. Amazon employs over 575,000 people worldwide.

Also, Amazon will start advocating for a higher federal minimum wage, which has been $7.25 since 2009.

Amazon and Bezos this year have been criticized repeatedly for the wages Amazon pays warehouse workers, who make up the bulk of Amazon’s workforce. That’s happened while the e-commerce giant’s market value has surged to just under $1 trillion and Bezos has become the world’s richest person. The median salary Amazon pays its workers is $28,446, well below other tech titans, which mostly employ higher-paying software engineers.

One of the most prominent critics has been US Sen. Bernie Sanders, who last month introduced the “Stop BEZOS Act,” which would require big corporations like Amazon and Walmart to pay the government for food stamps, public housing, Medicaid and other assistant programs that their workers use.

Amazon has previously contested some of Sanders’ claims, saying its full-time warehouse workers already make $15 an hour when stock and bonuses are included.

But instead of only disagreeing with critics, Amazon this year has taken steps to make changes. In addition to the minimum wage increase, Bezos made a long-awaited push into philanthropy, pledging $2 billion for the homeless and for education.

Resident in US and recently opened Amazon sellers account and looking for experience VA for managing my account. Also looking for recommendations whether to start with D.S or whole sale. Your logical suggestions will be appreciated and you will be contacted in next 3 days for final brief Please leave your Name , contact # … END_OF_DOCUMENT_TOKEN_TO_BE_REPLACED