Situation is still uncertain as negations between Govt and TLP has failed during second sit-in however Govt claimed to have it on going in the 3rd session and hopefully they will manage to get some results out of it.

What is really going on in the country at the moment?

SC 3 top judges gave there verdict in favour of Aisa Bibi, who was jailed for 8 years in Blasphemy charge. Top judges ordered to release her right away as not enough proves were proven.

2 years old self claimed so called religious group erupted and gained a face value under the identity of (Tahreeq e Labaik Pakistan) TLP. It would be a long discussion how they were used in different situation against the sitting government of the time in which we wont go. With no appreciation from any other group and sect of religion they got sourced from unknown. Now as they have few months of history and forcefully having the charge of blasphemy not ready to accept SC decision.

The release of a Pakistani Christian woman who was acquitted eight years after being sentenced to death for blasphemy has been delayed.

Asia Bibi was convicted in 2010 after being accused of insulting Islam’s Prophet Muhammad in a dispute with her neighbours.

The mother-of-three, 47, has always maintained her innocence – but has spent the majority of the past eight years in solitary confinement.

Her release was delayed following protests by radical Islamists, who want her publicly hanged, and failed talks between them and the government. 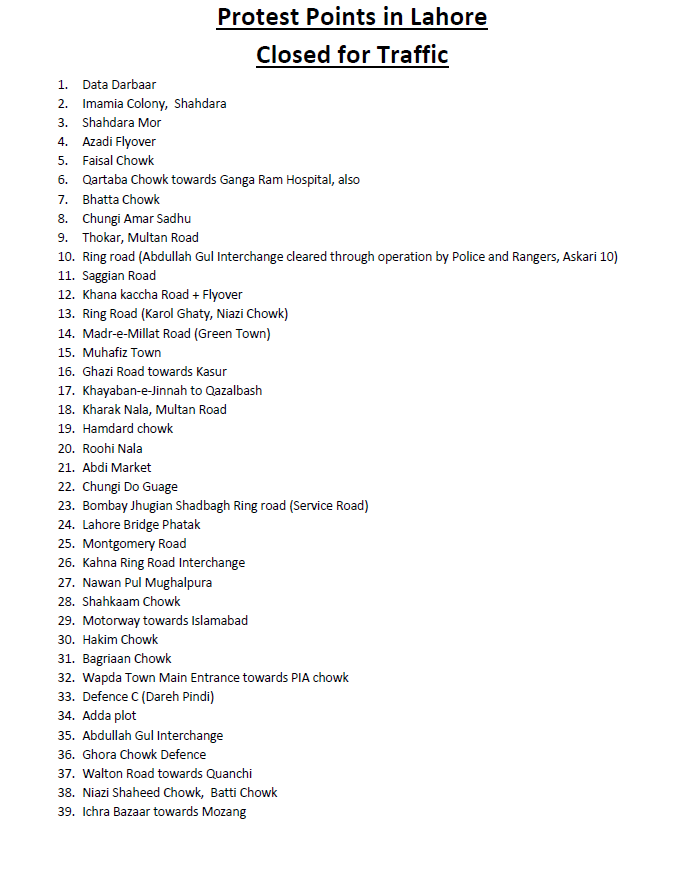 Due to prevailing law and order situation in Lahore, it is advised not to travel in the city without any important work, avoid dangerous points while travelling as pointed out by the authority. Keep checking PSCA and Lahore traffic police site to get a clear picture of the traffic and road blockades within the city before travelling. Also, call 15 in case you get any kind of emergency.

Resident in US and recently opened Amazon sellers account and looking for experience VA for managing my account. Also looking for recommendations whether to start with D.S or whole sale. Your logical suggestions will be appreciated and you will be contacted in next 3 days for final brief Please leave your Name , contact # … END_OF_DOCUMENT_TOKEN_TO_BE_REPLACED