Donald Trump will take to the stage at a rally in Florida tonight to formally launch the beginning of his 2020 re-election campaign. Supporters are excited to see him back in action mode with full zest and energy.

Loyal “Trump supporters were already lining up for seats on Monday morning” for the 20,000-seater gig, reports USA Today – but the president faces a challenge more formidable than the one he undertook in 2016.

As CNN notes, Trump “must prove he can recast the political spell that defied pundits and probability and delivered one of the most shocking election wins in history” back in 2016. Yet he is hampered by “cresting crises overseas, endless scandals, personal feuds, the president’s flattery of tyrants, impeachment talk and an impossible-to-ignore presidency that’s barged into every American’s life in draining two-and-a-half years”, the broadcaster adds. 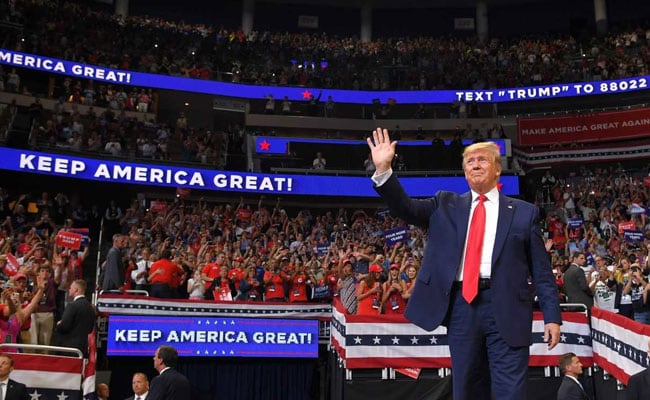 “Our economy is the envy of the world,” boomed the US leader, who is betting that strong job growth will help persuade the country to give him a second term.

“We are going to keep America great again,” Trump told the crowd. “Oh, we will keep it so great. Better than ever before.

“And that is why tonight I stand before you to officially launch my campaign for a second term as president of the United States.”