This was not the weekend Britains have ever expected. All transport, commutation, telecom, underground stations, and electricity halted. It happened due to the shutdown of one of the major London power grid that supplies power to telecom, transport, and homes. Million of commutators have suffered and forced to spend the night in underground stations when London main grid power station stopped supplying power to transport and telecom sector. The Internet stopped working, people forced to a standstill where they were.

Transport and Telecom sectors to be resumed in 24 hours

Restoration of power may take 24 hours

A power cut across swathes of England and Wales left almost a million people without electricity as traffic lights were knocked out, trains came to a standstill and aircraft were grounded during rush hour.

Passengers described “apocalyptic” scenes after the outage hit shortly before 5pm on Friday as people prepared to head home for the weekend.

Commuters were left using their phones as torches to find their way out of underground stations and airports, while British Transport Police officers were called in to assist station staff and crowds. 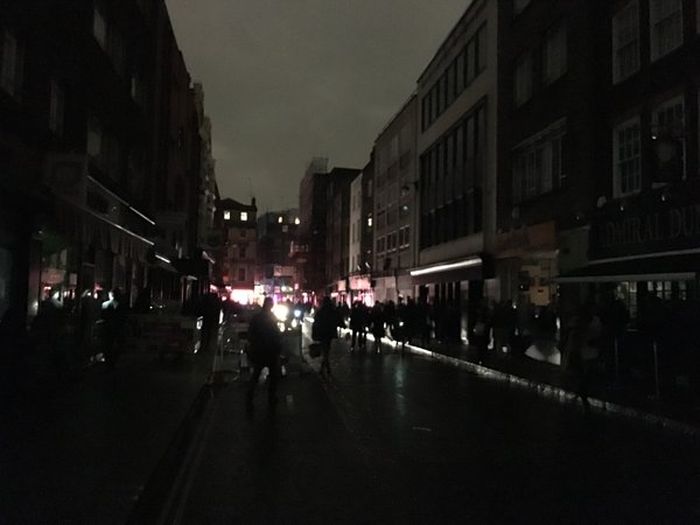 London Kings Cross station was closed to avoid overcrowding and passengers were also unable to travel from nearby St Pancras. Transport for London drafted in police officers to manage busy junctions.