Thousands of black-clad antigovernment protesters demonstrated at Hong Kong’s international airport on Friday, taking aim at both a global transit hub and the city’s closely guarded reputation for order and efficiency.

The protest in the airport’s arrivals hall, which is planned to last through Sunday, came as Hong Kong reeled from its worst political crisis since Britain handed the former colony back to China in 1997, and less than a week after protests and a general strike caused chaos in the city and led to 148 arrests. “You’ve arrived in a broken, torn-apart city, not the one you have once pictured,” read a pamphlet that protesters offered to arrive travelers. “Yet for this Hong Kong, we fight. We shall never surrender.” 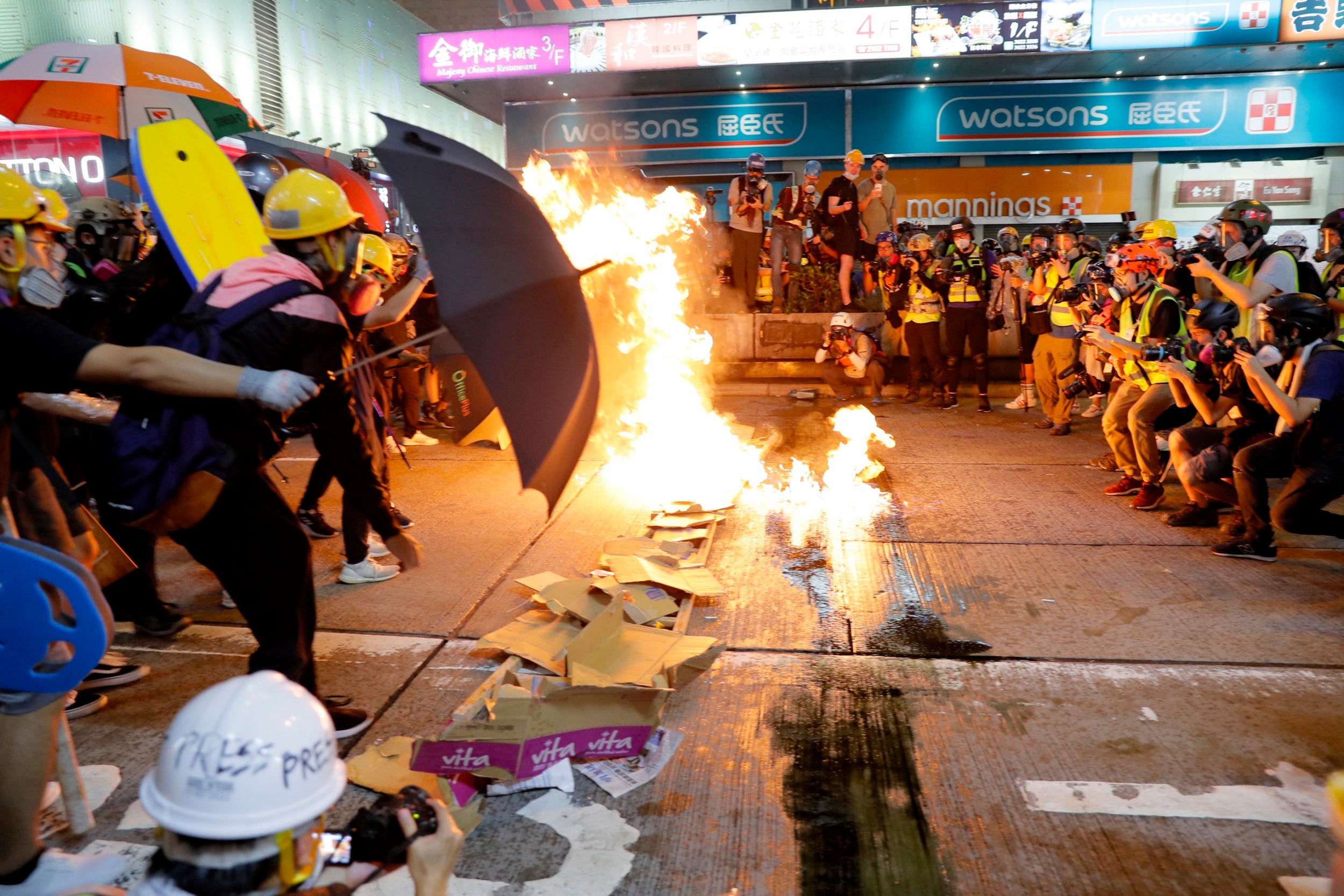