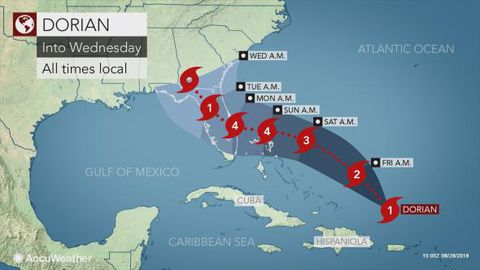 7 pm. update FRIDAY: Sheriff Ivey of the Brevard County Sheriff’s Office has issued a mandatory evacuation for those living in the barrier islands, flood-prone areas, mobile homes or those with disabilities. The evacuation goes into effect Sunday at 8 a.m.

A hurricane warning has been issued for the northwestern Bahamas.

A high alert was given at Florida Coast