On a bright morning in June, Noor hanged herself from a rafter. She was 14.

Many Muslims in Kashmir are despondent as well. After Mr. Modi’s government erased Kashmir’s autonomy, thousands of outraged Kashmiris took to the streets, only to be locked down by a heavy deployment of security forces and a smothering communications blackout.

Kashmir has long been a flashpoint. Both India and Pakistan control different parts of it and several times, the tensions have driven the two nuclear-armed rivals to war or dangerously close to it. Though the Indian government has eased some of the communication restrictions in the past few days, hundreds of Kashmiri intellectuals are still under arrest and Pakistan is seething.

The tension with Pakistan tends to lift Mr. Modi’s political fortunes. His forceful stand against India’s No. 1 enemy just adds to his image as an unswerving patriot and one of the most decisive and powerful prime ministers India has produced in decades.

Many in India’s Hindu majority don’t object to Mr. Modi’s Hindu nationalist policies or even seem to think too much about them. They praise what they see as the strides he has made in fighting poverty and projecting a more muscular image of India on the world stage. But critics say his Hindu nationalist beliefs are central to who he is and intentionally divisive, engineered to win votes from the Hindu majority. India is about 80 percent Hindu and 14 percent Muslim. (Christians, Sikhs, Jains, and Buddhists make up most of the rest of the population.)

A small but vocal minority of left-leaning intellectuals, Muslim leaders and opposition politicians have tried to turn public opinion against Mr. Modi’s policies without much success. What is happening in Assam and Kashmir “is an assault on the very image of India, of the freedom struggle, of the Constitution, of the idea of a country in which everyone belongs equally,” said Harsh Mander, a former civil servant turned human rights activist. 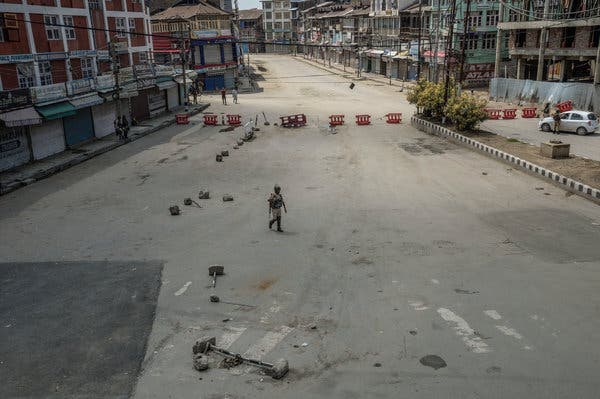