Downing Street and the White House confirmed that the pair would hold a bilateral session, which is likely to focus on foreign policy issues such as Syria and North Korea.

The forum will take place at the Swiss ski resort from Tuesday to Friday next week, and will be attended by politicians and leaders in the business world. Trump will be the first sitting US president to attend in person since Bill Clinton in 2000.

The meeting comes after Trump canceled plans to travel to the UK for the opening of a new US embassy. A visit was expected to attract mass protests.

The Prime Minister had wanted to clear the air with the US President following his aborted visit to the UK. But it had been suggested that Donald Trump was too busy to see her, despite having a chat penciled in with Emmanuel Macron.However, the White House said this evening a meeting would go ahead and the news was also confirmed by Downing Street.

Press Secretary Sarah Huckabee Sanders said they would have a discussion on the sidelines of the meeting.

The US president has tweeted that he was unhappy that his predecessor, Barack Obama, had sold the current embassy for “peanuts” in order to build a $1bn (£750m) replacement, calling it a “bad deal”. 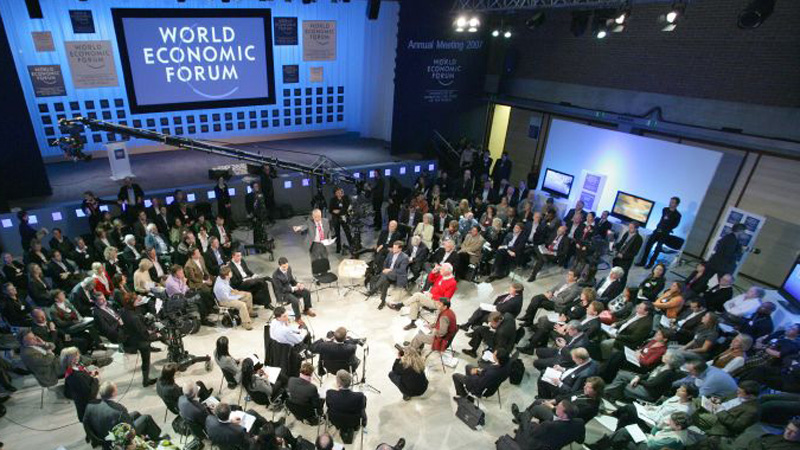 In fact, the plan was first reported in October 2008, when George W Bush was still president.

London mayor Sadiq Khan said Trump had “got the message” from Londoners who considered his policies and actions to be the polar opposite of their city’s values of “inclusion, diversity, and tolerance”.

Khan, who has been singled out for criticism by the US president more than once, said the planned visit would have been met by mass peaceful protests. “This just reinforces what a mistake it was for Theresa May to rush and extend an invitation of a state visit in the first place,” he said.

However, in an interview with the Guardian, foreign secretary Boris Johnson claimed that the Labour mayor and his party leader Jeremy Corbyn were placing US-UK relations at risk and insisted the invitation for a state visit remained firm.