Given his age – he turned 37 in December – retirement would have been a perfectly understandable decision.

Chelsea also finished last season as Premier League champions and he’ll remember his wonderful send-off from the club’s supporters and his teammates for the rest of his life. It seemed the perfect time to hang up his boots.The Championship is an unforgiving league and Terry must have known that he was taking a big risk by joining Villa, who finished 13th in English football’s second tier last season.

But he clearly felt he could cut it at that level and subsequently accepted Steve Bruce’s offer.Bruce would have been acutely aware of Terry’s shortcomings – notably his lack of pace and mobility – but he knew he was bringing in a player that the rest of the squad would look up to.

Villa could not have signed a more experienced defender or a bigger leader.

WILL TERRY CONTINUE NEXT SEASON?

But will Terry continue his playing career after this summer? The man himself spoke to talkSPORT earlier today and here’s what he had to say…

“I still have the appetite and hunger for sure. I just want to get this season finished,” he said. “My aim at the start of the season was to get us up, whether that was automatic or via the play-offs.

“One last push and hopefully we can go out with a bang and make it an easy decision at the end.

“Chelsea will always be my club for sure but since I have been at Aston Villa, I have given my all and the fans have been superb with me. They have welcomed me with open arms and I like to think I have given back on the pitch and on the training field. 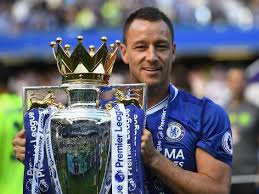