Golf is not an easy game it requires stamina, patience, strength. mental activeness and more physical strength than most of the outdoor games. Remember the ground does not have shades. So hats of to those gorgeous yet physically fit ladies who maintained there skill and psyche simultaneously

We’ve listed down the Top 10 hottest players on the LPGA Tour:

When you speak Spanish and play golf, that’s hot. But that’s not just what made us include Beatriz Recari join our list. Because if you google her pictures, her gorgeous smile and sultry eyes melt you. And yes, we almost forgot to mention that she dated her caddie in 2008. Now that’s hot!

Maria is the first Russian to become a full-time player on the Ladies European Tour. She has several top 10 finishes and has been called the Maria Sharapova of golf. 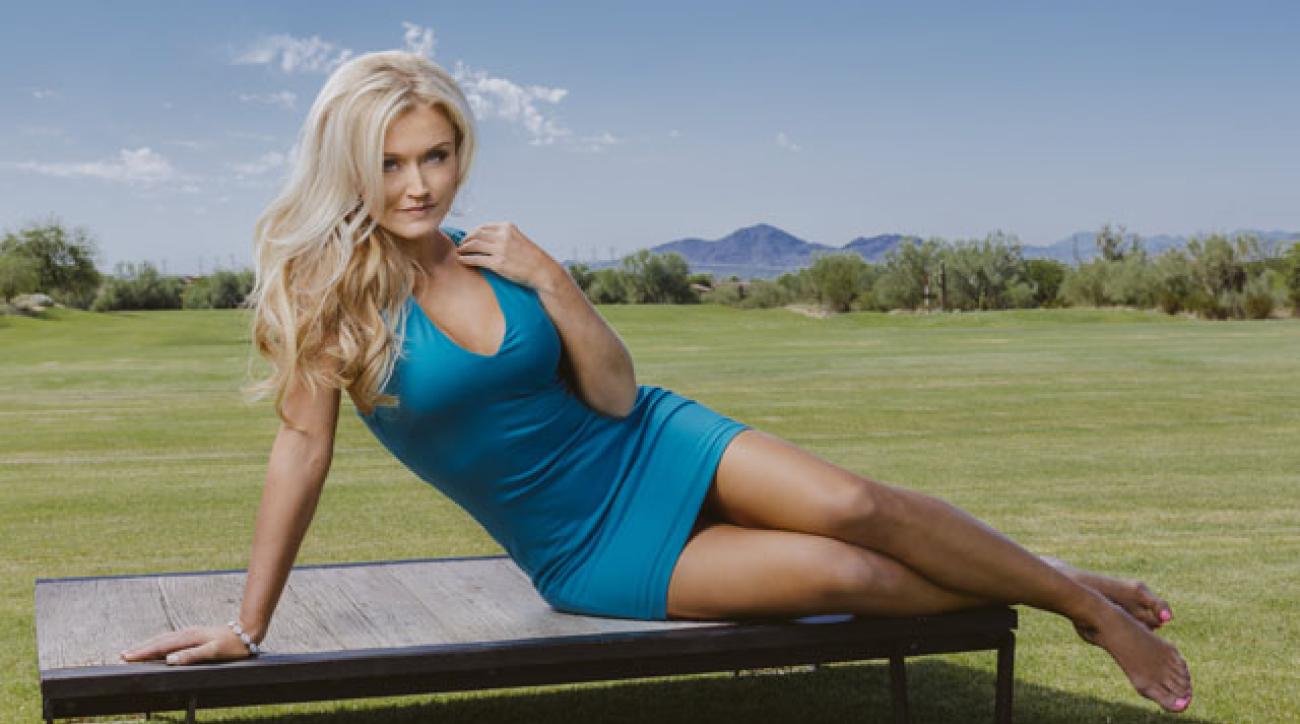 Blair O’Neal isn’t on the LPGA Tour. But she played on the LPGA Symetra Tour ( or then known as the LPGA Futures Tour ) which is still LPGA by any means. Well even if it isn’t, then what the heck? This babe can’t be excluded from this list. Her junior golf career included a stint at the U.S. Junior Ryders Cup team, a selection to the AJGA Cannon Team and a runner-up finish at the Women’s Western Tournament. She went to college at Arizona State University on a full scholarship and was twice the women’s NCAA Long Drive champion. 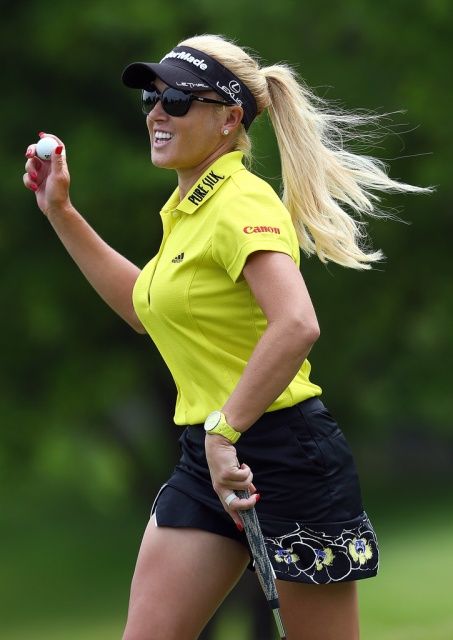 Natalie Gulbis became notorious for releasing a bikini-clad calendar of herself, just before the 2004 Women’s Open. The United States Golf Association ( USGA ) deemed it inappropriate and banned it from being sold at the event. The result? The USGA was criticized for overreacting.

Gulbis is considered a sex symbol in the LPGA, not just because of that incident but because she is hot and she’s taken advantage of that. She also posed for the November 2004 issue of FHM and two years later, she began writing a monthly column for the magazine.

Paula Creamer makes the list for her diva status. Often rated in the top 10 hotlists on many a site, Paula has earned a world golf ranking as high as 2 and won 10 LPGA titles in her career.

To give credit where credit is due, that first pic is apparently from the Women’s Golf Journal. 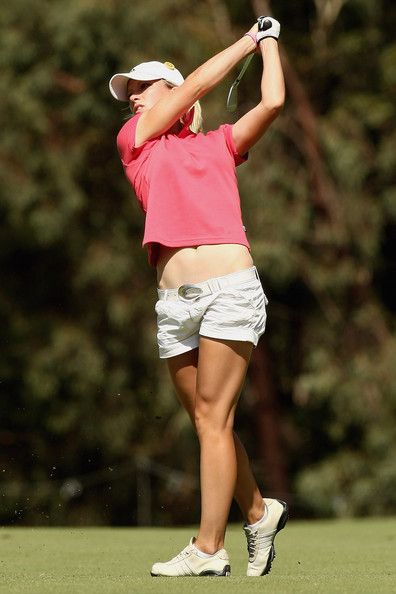 Melissa Reid reminds us of that X-games style girl, full of gorgeous sassiness and not afraid to launch herself 10 feet in the air. Pink the singer comes to mind, and not just because Melissa wears a lot of the color, because of her attitude.

This self-confessed gym rat posed nude on the ESPN’s body issue during her rookie season and that perhaps should have earned her Rookie of the Year honors. Well, she didn’t win the award but who cares really? Mozo won the British Women’s Amateur Golf Championship in 2006 and joined the LPGA tour in 2011.

Given her trim waist, long legs, and 6-0 frame, Sandra Gal easily turns heads in the LPGA tour. In fact, given her physical attributes, she probably would have easily made it in the modeling world. But sorry modeling agencies, she’s a golfer and she’s good at golf.

Whether she’s wearing her Puma gear or bikinis, Lexi Thompson is so hot. And yes, she’s also one of the best golfers in the world today.