Britain is finally set to bask in a late summer heatwave with three weeks of warm temperatures forecast from this weekend. After weeks of stormy conditions and persistent rain, the sun is finally going to make a comeback – and just in time for the Bank Holiday weekend. While this week will see scattered showers and some thunder, next weekend is looking decidedly brighter.

What Britains should be prepared off in the month of September?

Forecasters are even predicting that conditions could remain warm into September with the mercury hitting the late 20s and edging towards 30C.

However, there is a risk of thunder in the north and west this evening and Monday. But The Met Office is finally forecasting dry and sunny conditions for the end of August and into September.

Some forecasters are even predicting temperatures could hit 30C next month. Met Office forecaster Greg Dewhurst said: “There’s an improvement after wet and windy weather, with plenty of sunny spells through the next week and 25C possible by the Bank Holiday weekend. 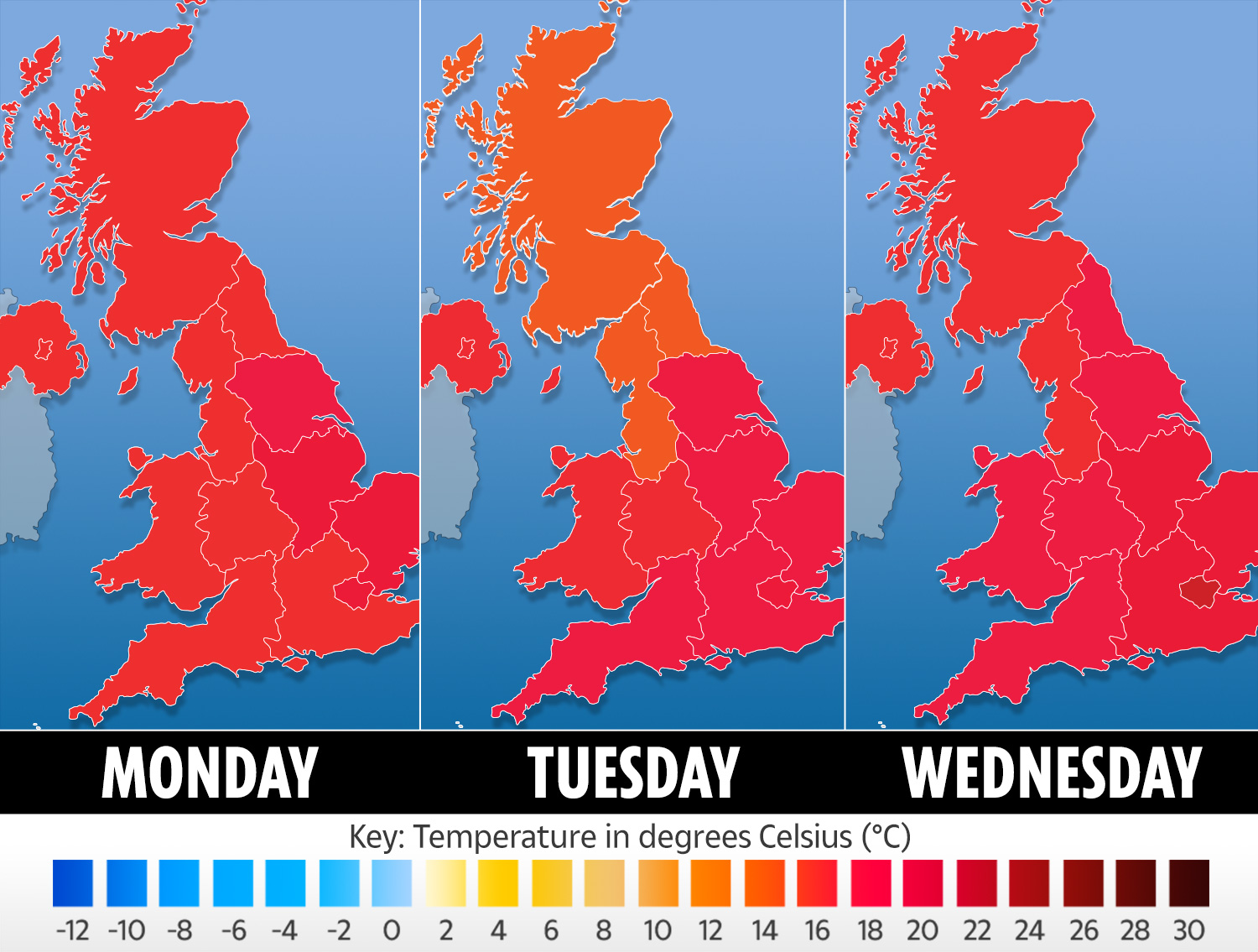 “Low pressure clears from Monday and high pressure slowly builds, with a southerly flow possible, with fewer showers in the South and East while the North and West remain less settled.

“High pressure looks like dominating in the last week of August, with mainly settled conditions and the mid-20s possible.”

“Temperatures are likely to be warmer than average.”