In US people have enormous options when it comes a point to decide where to get the grocery shopping done but everyone has its own preference and priorities to choose. A lot of things matters in this decision making such as convenience, quality, compensation, value and brand. Beside all these factors what is common among all is extreme standard of customer service which means if you don’t like it just return it and they will get that back with better and brighter smile which will eventually stick you back more strongly than ever.

It is impossible in America to stick your self to one Retail store for shopping. The major factor the stops you sticking to one Retail store is its competitive and incredible price. Same thing you will see in Costco at lets assume $70 and as soon as you step in Lowe’s it will be incredibly different and you will make your mind next time you will be coming here for this product.

Some of the stores have membership and some of them don’t have which means without membership you just cant enter in store. Major retail stores attracts customers and members not by their products or store but you will be surprised to know that factor….

In US retail marketing is incredible despite of the fact that US is spread over gigantic area every customer will still end up throwing advertisement magazines from mail box to nearest trash, all major retail stores send discounts and deals through paper magazines weekly to its every single potential customer no matter which place you are in the US. In so many retail brands options it becomes very hard to decide which store to select for all grocery items, its almost impossible because the discounts, deals and variety does not allow you to stick to one store.

In US Walmart does exist within 10 miles of every American living in US. If i have to pick a store for nothing to buy literally nothing to buy i will pick Walmart the reason is unbelievable thats the only store in US that offers free shopping bags to customers. And you can take additional.

In Aldi customers have to insert quarter coin in cart to shop around and it has a purpose behind which is practically perfect either customer has to forget his quarter or leave the cart back in que which save time and resource for store.

Some of the major stores such as Costco , Walmart and 7eleven entice customers not by store products but its cheap gasoline rates which ultimately force buyers to shop in stores.

Despite of digital advancement in technology still major retail brands opt BTL line of marketing to inform consumers about their top deals and still paper mail is major stream of advertisement.

Like in UK consumers expect everything to be of pound and eventually gets to pound store, in US people have Dollar tree where most of the things consumer can expect under a dollar.

A strong passport means you can travel around the world without needing to apply for a visa ahead of time. Holding one of the best passports in the world isn’t just about hassle free travel, it can also open up an abundance of career, business, and educational opportunities. Governments are constantly renegotiating visa requirements to give their citizens an edge in global business, banking, and, of course, travel.

With a strong passport, when you land in a country, you’ll be able to enter completely visa free for a period of time, or will be granted a visa upon landing at the airport. A strong passport will allow you to enter more than 100 countries without a visa, based on agreements made between your country and foreign governments. Holding dual citizenship can also help you gain the most freedom while traveling.

Recently, Henley and Partners, an elite citizenship planning firm, released their definitive list of the best passports in the world for international travelers.

So which countries have the best passports in the world? The list is pretty much dominated by European and Asian countries. Read on to see how your passport ranks.

The Best Passports in the World, Ranked

In previous years, Singapore has tied with Japan at 180 countries. This year, the hub of global banking and capitalism has been supplanted from the number one spot by Japan. Japan added eight territories and microstates the list of areas where Japanese citizens can travel visa free: Greenland, the Faroe Islands, Monaco, Andorra, Liechtenstein, Palestine, Vatican City, and San Marino. This past March, the West African country of Benin also changed its policy to allow Japanese passport holders to travel there visa free, helping to make Japan the strongest passport to hold in the world. Japanese citizens can now travel to 189 out of 218 possible countries without a visa.

Why Do Passports Matter?

It’s often taken for granted that the US banking system is safe, but the 2008 financial crisis has shown that that assumption is definitely not correct. Global Finance Magazine releases the definitive list of the 50 safest banks in the world each year. In 2017, only one retail US bank made it on the list and then only barely. To keep their money safe while receiving the highest interest rates, plenty of people choose legal offshore banking. Although many swear by this option, it can require frequent travel to safe banking hubs like Singapore, Germany, and Switzerland. International banking just isn’t possible without a strong passport.

Not yet a business mogul? Holding one of the best passports not only makes your summer Eurotrip a breeze, it also grants you way more educational opportunities. Did you know you can get a US accredited graduate degree in Europe for a fraction of the cost and in half the time?

Because of the ease of travel granted in Schengen zone, EU students regularly study in different countries while in undergrad and pursue graduate degrees abroad. In the US, not enough students have considered this option. But with the ever more globalized market, foreign work and study experience becomes more and more valuable to employers. Not to mention the power of language skills when applying for jobs. Considering that Americans hold one of the best passports in the world, pursuing educational opportunities around the world is much easier than ever before and can seriously boost your resume.

Once you graduate, you might realize that there are dozens of exciting career options across the world. You might be a perfect fit for a position, but companies tend to resent having to sponsor candidates for visas. If you have a weak passport, companies may pass you up for a job knowing that the visa process will be time consuming and expensive. Holding one of the best passports can open up career opportunities you hadn’t considered and make obtaining a long term visa or permanent residency in a foreign country a much easier process.

Holding a weak passport rating is generally seen as an indication of poor economic performance and global diplomacy. Governments are only going to open up their borders to visa free travel if it benefits their country financially.

The Most Welcoming Countries

Just because a country offers the strongest passport, does not mean that it is the most welcoming to foreign visitors. How welcoming a country is is measured based on how many countries if offers visa free entry to.

Countries that rank as the most welcoming often do so because they badly need the infusion of foreign cash. Nations like the Maldives and the Seychelles that rely heavily on tourism also rank high on the welcoming scale. The most welcoming countries include: Cambodia, Ivory Coast, Madagascar, Samoa, Haiti, and Macao. 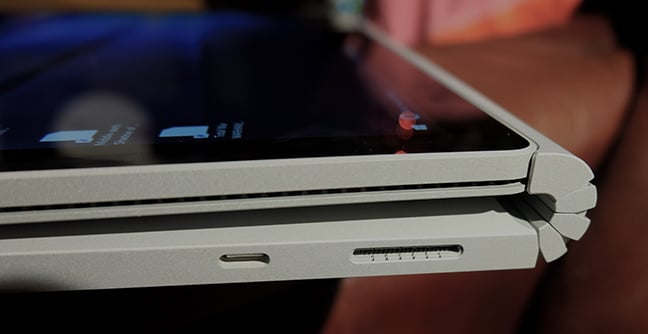 Not only is the Surface Book 2 now available in both 13-inch and 15-inch options, it also features updates to the design and powerful internal hardware. The display can still be removed from the keyboard and touchpad, and can still be replaced backward to sit flat as a complete package. The 13.5-inch display has a 3,000 x 2,000 resolution and a 3:2 aspect ratio, whereas the 15-inch model comes in with a 3,240 x 2,160 resolution.

If you need top performance, the 15-inch model is where you want to look, offering up inside an eighth-generation, quad-core Intel Core i7 CPU, 16GB of DDR3-1866MHz RAM, and a 1TB PCIe solid-state drive (SSD). For gaming or multimedia editing, you can also take advantage of the NVIDIA GTX 1060 GPU with 6GB of GDDR5 VRAM.

Battery life here is impressive; get about 10 hours from the 15-inch model and about 11 hours from the 13-inch model. An IR camera for Windows Hello logins is seated above the display, and the keyboard and touchpad are some of the best around. If you need a true desktop replacement for your Windows laptop, this is it.

Available in both 13-inch and 15-inch configurations, Microsoft’s new Surface Book 2 (starting at about $1,500) is our top choice when it comes to Windows laptops. The modular design allows you to use your laptop as a tablet, and powerful hardware inside, including eighth-generation Intel processors (CPU), up to 16GB of RAM, and dedicated graphics cards (GPU), makes either size a true desktop replacement.

Bottom line: For a powerful desktop replacement with a beautiful display and removable keyboard, you have to go with the Surface Book 2.