The biggest point of concern is whether it was an informed visit a surprise visit? 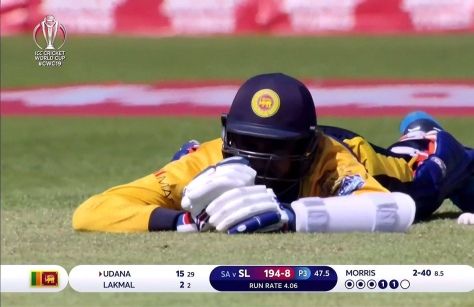 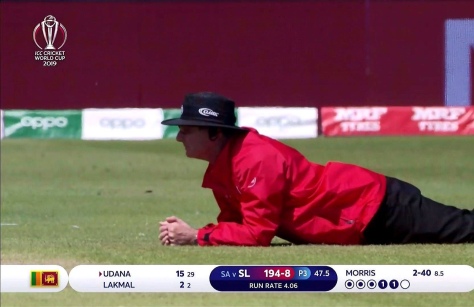 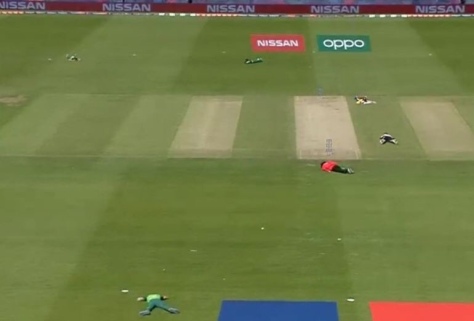 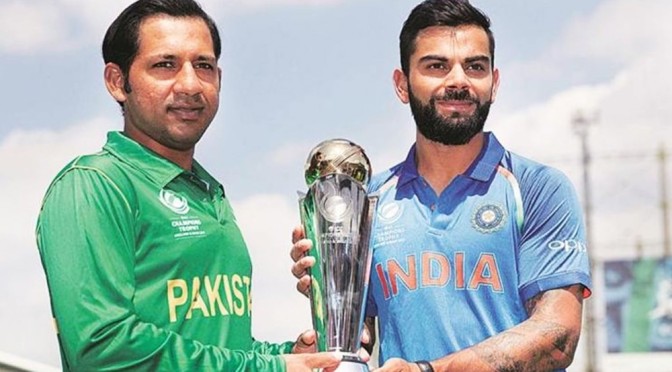 All set to watch two world’s famous rivals will meet in Asia Cup after the memorable final of Champions Trophy. The two teams last met in the famous Champions Trophy final in England in 2017 where Pakistan thrashed hot-favourites India by a massive 180 runs to clinch the last edition of the championship.

This year’s Asia Cup is scheduled to be held in the United Arab Emirates after it was moved out of India due to the political tensions between Pakistan and India.

The opening match will be played between Bangladesh and Sri Lanka on September 15 at Dubai.

Pakistan is placed in Group A with India and a Qualifier team whereas Group B comprises of Sri Lanka, Bangladesh and Afghanistan. All the teams will play once against each other in the group stage with two teams graduating to the Super 4 stage.

The top 4 teams will play against each other in a bid to qualify for the final which will be held at Dubai on September 28. 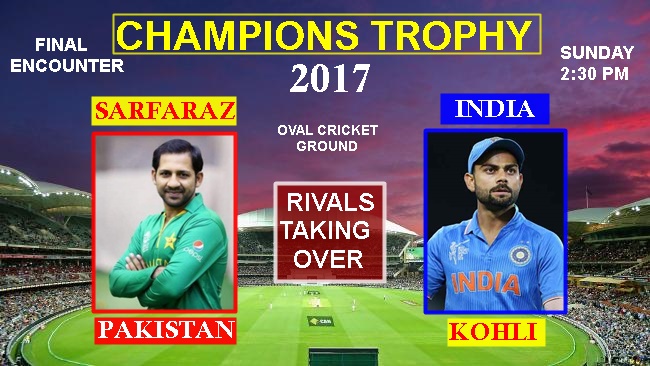 It looked improbable when things began but as the weeks have gone by, Pakistan has emerged as 50-50 contenders for the ICC Champions Trophy title. When things began, the Sarfraz Ahmed-led side was a bleak unit with a horrid show to present themselves to the world in the tournament that has the top-eight ranked teams in the world. In effect, their showing against India was anything but that of a champion. And yet, two weeks later, they are in contention for the trophy and have gone from dark horses for some to title challengers and with good reason.

This would undoubtedly be Pakistan’s most comprehensive and convincing win of the tournament and example that one can only take the 1992 World Cup winners lightly on their own peril. They’ve long carried the unpredictable tag and that’s what makes them dangerous – something England found out in Cardiff. Pakistan won the toss and put England in to bat and the Eoin Morgan-led side suffered a terrible middle order collapse that shaped things up beautifully in favour of the Pakistan. Once again, Hasan Ali emerged as the hero for Pakistan with another three-wicket haul. In reply, there were no dramatics this time from the Pakistan batting with Azhar Ali and Fakhar Zaman building the foundation which Babar Azam and Mohammad Hafeez added upon to get the win.

Pakistan’s Sarfraz Ahmed and Mohammad Amir put on a record eighth-wicket stand of 75 to take their team through to the semi-finals of the ICC Champions Trophy at the expense of Sri Lanka.

Sarfraz was dropped twice in the closing stages from the bowling of Lasith Malinga but rode his luck to finish unbeaten on 61 from 79 balls, having found a reliable partner in Amir (28o from 43) as the Pakistanis reached their target of 237 with 31 balls and three wickets to spare.

Not a convincing win though, still makes them through to semi’s with the best 8th wicket partnership among Sarfaraz and M Aamir

But Sarfraz and Amir’s rescue act turned the tide in a thrilling contest, the pair picking singles amid some hazardous running and finding the rope at crucial intervals to see their team home.

Pakistan began the run chase favorites after earlier restricting Sri Lanka to 236 all out.

Opening batsman Niroshan Dickwella made a fine 73 as Sri Lanka’s innings showed early promise, but the Pakistanis came roaring back into the contest thanks to some fine bowling from Hasan Ali (3-42), Junaid Khan (3-40) and Mohammad Amir (2-53).

Sarfraz won the toss and Junaid got the early breakthrough, removing Danushka Gunathilaka for 13 before Kusal Mendis (27) and Dinesh Chandimal (0) fell in quick succession.

Dickwella, who had earlier signaled his attacking intentions with a stunning scoop shot for four, teamed up with captain Angelo Mathews (39) and for a while, it looked as if the Sri Lankans were on track for a sizeable total.

Sri Lanka had looked almost certain to progress when Pakistan’s middle-order fell to 7-162 following a blazing start from Fakhar Zaman (50 from 36), with the middle-order trio of Babar Azam (10), Mohammad Hafeez (1) and Shoaib Malik (11) all failing to make an impact on proceedings.

And when Imad Wasim was out for four and debutant Fahim Ashraf (15) was run-out after being slow to react at the non-striker’s end, Pakistan looked like producing one of their famous implosions.

At 3-161 in the 32nd over, Amir knocked over Mathews to claim his first wicket of the tournament and trigger a dramatic collapse of four wickets for just six runs.

Amir took a second while Junaid took two more as the pace pair followed Hasan’s lead, extracting movement from the pitch and through the air in an impressive display of fast bowling.

Asela Gunaratne (27) and Suranga Lakmal (26) put on 46 for the eighth wicket to help Sri Lanka post what was, in the end, a moderate total, but the island nation will need an outstanding bowling effort if they’re to progress through to the semi-finals.

India suffered an upset loss to Sri Lanka when the Men from the Emerald Isles won by 7 wickets at the Oval on Thursday. The loss means India will now play South Africa on Sunday in what is a virtual quarter-final. Virat Kohli and his boys must win against the No.1 ranked ODI team if they wish to progress to the semi-finals of the showpiece event. While India did manage to score 321 while batting, the bowlers failed to defend that and the Lankans chased down the total in the 49th over with skipper Angelo Mathews leading from the front.

Here is Cricketnext’s report card as we analysis the performance of every player from Thursday’s game.

Rohit Sharma continued his fine form, with another blistering knock of 78 from just 79 balls. He upped his strike rate as well, scoring at 98.73 as compared to 76.47 against Pakistan. Rohit was also responsible for providing the platform with Shikhar Dhawan, as the duo recorded a 138-run opening partnership. While he was a bit slow to start off, he was in fine flow once he got into the groove. His form after the injury break augurs well for Indian cricket.

Shikhar Dhawan’s love affair with the Champions Trophy continued as he recorded his 10th ODI Hundred. Dhawan looked fluent in his knock of 125, and hardly gave the opposition any opportunity. He combined with Rohit, and then later with MS Dhoni to help India post a big total. His stroke making was perfect, and he wasn’t overly bothered by the fast bowling, though he will face a much sterner test against South Africa. Most importantly, Dhawan looked in fine flow from the word go and there was no stutter to begin with. The openers will look to continue their fine form going ahead in the tournament.

Virat Kohli had one of his worst days on the field, as everything he tried failed. Kohli was dismissed for a duck, on a ball bowled outside off stump which again exposed his earlier weakness on English pitches. After that, his captaincy too failed to inspire and Kohli seemed a bit overconfident as he declared during the toss that team will be looking to make changes in the next game, showing the focus might well have shifted before the game was over.

Yuvraj Singh was dismissed for just 7 runs, but he was a bit unlucky too as he chopped Gunaratne’s ball onto his stumps. He didn’t get to bowl, and that was his only contribution to the game.

MS Dhoni didn’t get a chance to bat in the first match, with Hardik Pandya being promoted ahead of him. But Dhoni showed why he remains one of the greatest finishers in the game as he smashed 63 off just 52 balls to help India get past 300. He was also involved in one run out, whipping off the bails smartly to dismiss Gunathilika.

Hardik Pandya scored 9 off 5 balls, but that is not the reason for his poor rating. It was his shabby bowling, conceding 51 runs from 7 overs which was one of the main reasons for India’s loss. Pandya is expected to fill the role of the fifth bowler, but for that he will have to improve his bowling. Kohli had to bowl himself and Jadhav to compensate for Pandya’s poor bowling.

Jadhav perfectly executed what was expected from him, as he scored 25 runs from 13 balls and took over from where Dhoni had left. He smashed two fours and a six, taking 15 runs from the last over to help India reach 320. He also had to cover up for Jadeja’s poor bowling, and bowled three overs, conceding 18 runs. The only reason he loses out a bit is his poor fielding, which he will have to work on if he has to maintain his spot in the team.

Jadeja didn’t get to face any ball, but his bowling let the team down. Jadeja is known for bowling dot balls, and building pressure. He conceded 52 runs from 6 overs, at an economy of almost 9. He has been preferred as the spinner in the team ahead of Ashwin, and he should repay the captain’s faith by bowling a lot better than this, otherwise his place in the team might come under scrutiny.

Bhuvaneshwar Kumar was the only wicket-taker in the Indian bowling line-up, but he would have been hoping for more returns, especially with the new ball. At the death, he bowled his yorkers, but again failed to get a wicket. He bowled 30 dot balls – the maximum by any Indian bowler.

Jasprit Bumrah: Rating 5: Verdict: Poor
Bumrah continued his wicket-less run in the Champions Trophy, conceding 52 runs in 10 overs. He will be feeling the heat, with Mohammad Shami warming the benches despite being in form. Bumrah’s wicket-taking ability and death bowling makes him deadly, but he hasn’t shown any of those killer instincts in the two games so far.

Umesh Yadav had an off day, and it showed in his figures. He conceded 67 runs in 9.4 overs. His line and length was off, and he was easily put away by Sri Lankans. In fact, Gunaratne sweeped him for a six which would have hurt his ego more than anything. Umesh will be hoping to bounce back in the next game against South Africa