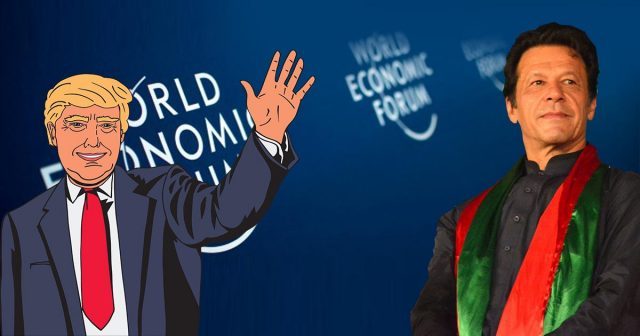 A recent change in government realized Trump’s team that they have to revise their working relationship with newly sworn cricketer turned politician Imran Khan as Prime Minister. The focal point of realization is getting out from Afghan mess and Trump been told that none other than PM Imran Khan can help him out in this matter. He was expecting to meet him at Davos but Imran Khan did not attend that meeting.

Khan previously missed UN meeting held in 2018 and sent his FM Qureshi to represent country later missed Davos meeting held last year. He wanted to put the house in order first. However, he visited KSA twice, UAE, China, Turkey and Malaysia for rescuing the sinking economy and received historic support Pakistan never had received in past. 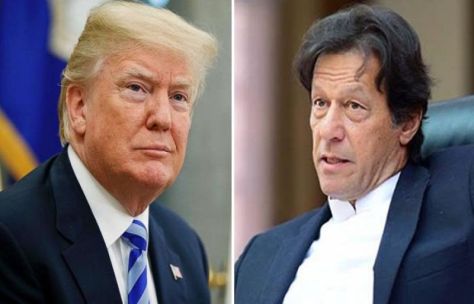 Addressing the weekly briefing here, the spokesperson Mohammad Faisal said that during his recent visit to Pakistan, US Senator Lindsey Graham, discussed Trump’s interest in meeting with Khan, however, date and venue have not been finalized yet.

“There are no dates, as of now, for this meeting. A lot of preparation and homework is required before such high-level engagements are materialized,” he said, Xinhua news agency reported.

He said that Senator Graham also met with the prime minister and foreign minister, which were useful in understanding each other’s perspective and reviewing the regional security situation. Matters of bilateral and regional interest, including the Afghan situation, were discussed.

Earlier in December, Trump wrote a letter to Khan, seeking Pakistan’s support and facilitation in a negotiated settlement of the conflict in Afghanistan. 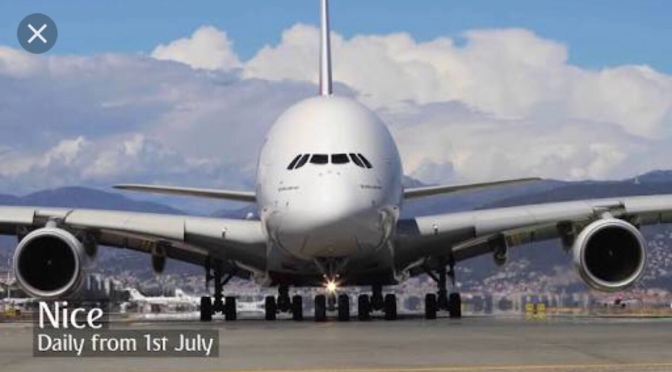 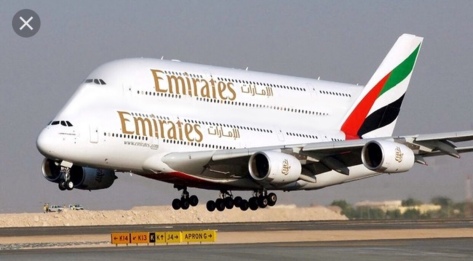 Its a moment of immense pleasure for us that Emirates have shared its confidence and trust in us and landing its fleet biggest airbus A380 here for the first time making history.

Emirates on Tuesday announced that it will deploy a one-off A380 service to Islamabad on July 8, 2018, with the airline’s iconic double-decker making its inaugural arrival in Islamabad on a special flight EK2524/EK2525.

“We are proud to bring our flagship A380 aircraft to Islamabad and we look forward to showcasing our innovative products on board this iconic aircraft with the signature Emirates service. While this is a special flight, we are very keen to launch a scheduled A380 service to Pakistan and will continue to work with authorities to realise these plans,” said Sheikh Majid Al Mualla, divisional senior vice-president, commercial operations centre, Emirates.

The Emirates A380 aircraft on this special one-off service will be in a two-class configuration offering seats in economy class and seats in business class as well as Emirates’ onboard lounge. Passengers in all classes enjoy free Wi-Fi. 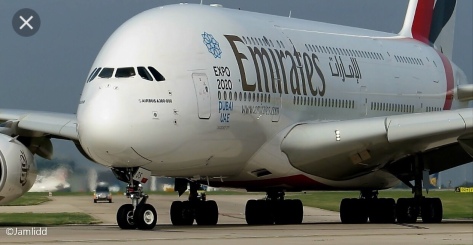 Emirates and Pakistan have a shared history tracing back over 30 years when the airline’s flight landed in Karachi on October 25, 1985. In the last three decades, Emirates has progressively expanded its operations and offering global connectivity to Pakistan’s major cities including Karachi, Lahore, Islamabad, Peshawar, Sialkot, and Multan. 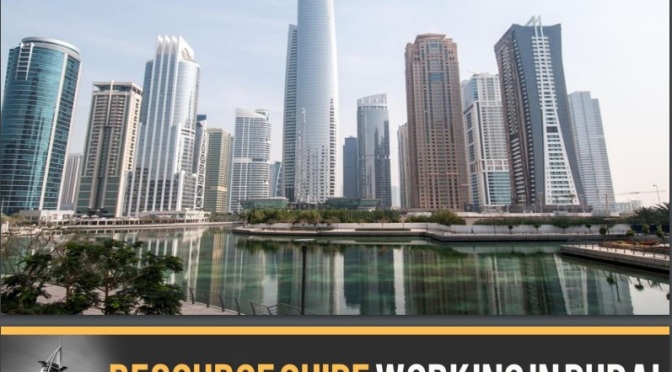 Want to know how to get a visa? We’ve got it covered…
What about living in a different culture? Do I need to speak
Arabic? How much will it cost to rent or purchase a property?
What about medical issues? Transportation? And what about
banking, taxes, and insurance? We’ve detailed everything in
this simple to follow guide – a guide written through personal experience. 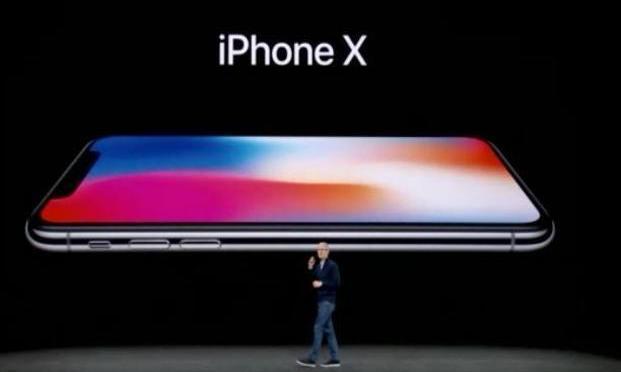 Apple is expecting to make more money this holiday season than ever. It is expected to make as much as $87 billion in revenue in three months out of which iPhone X will be responsible for $30 billion sales.

Tim Cook encourages people to buy an iPhone X by saying that “So if you think about that, that’s a few coffees a week. It’s less than a coffee a day at one of these nice coffee places.” Well, that must be some REALLY nice coffee place. Tim said this in the fiscal Q4 call where the major focus was iPhone X. 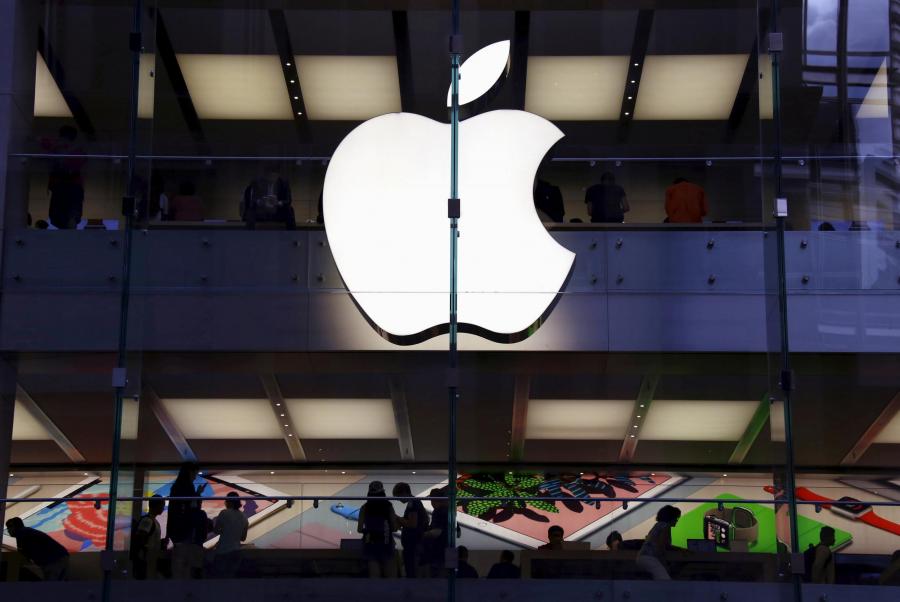 Tim Cook is right in a way. As if you get the iPhone X through Apple upgrade program, you’ll get it for $56 a month. If we break it down, that is less than $2 a day. And a coffee surely costs you around the same amount of money.

“The iPhone X orders are very strong for both direct customers and channel partners, which as you know are lots of carriers throughout the world. As of a few minutes ago, the first sales started in Australia. I’m told we had several hundred people waiting at the stores in Sydney, and I’m getting similar reports from stores across that region.” 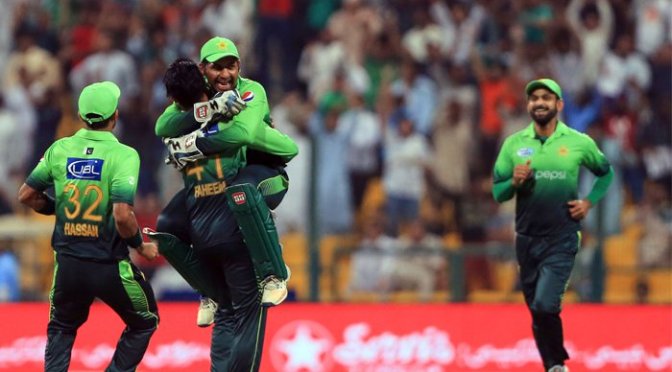 LAHORE: Even Pakistan’s prime minister did not believe it could happen but when Sri Lanka visit Lahore on Sunday for a T20 match, the hosts will celebrate the end of eight years of isolation from international cricket.

Less than a year ago, none of this appeared possible for a nation that had largely been shunned by international teams since 2009 due to security risks.

That year gunmen attacked a bus carrying the Sri Lanka team from their hotel to Lahore’s Gaddafi stadium for a match, injuring six players and killing six security personnel and two civilians.

The incident forced Pakistan to play their home matches in the United Arab Emirates (UAE) and the country has since remained starved of international cricket at home, apart from Zimbabwe’s limited-overs tour in 2015.

Last year, the inaugural Pakistan Super League (PSL) — based on the franchise model of the Indian Premier League and Australia’s Big Bash League — became a success, though all the matches were played in the UAE.

Things changed in March this year when Pakistan hosted the final of its domestic T20 competition featuring high-profile international players.

“Even that baby step seemed an impossibility. I can tell you that none of the franchises wanted it, they were scared… the government was scared…the players were scared,” Najam Sethi — the chairman of the Pakistan Cricket Board (PCB) — told Reuters in an interview.